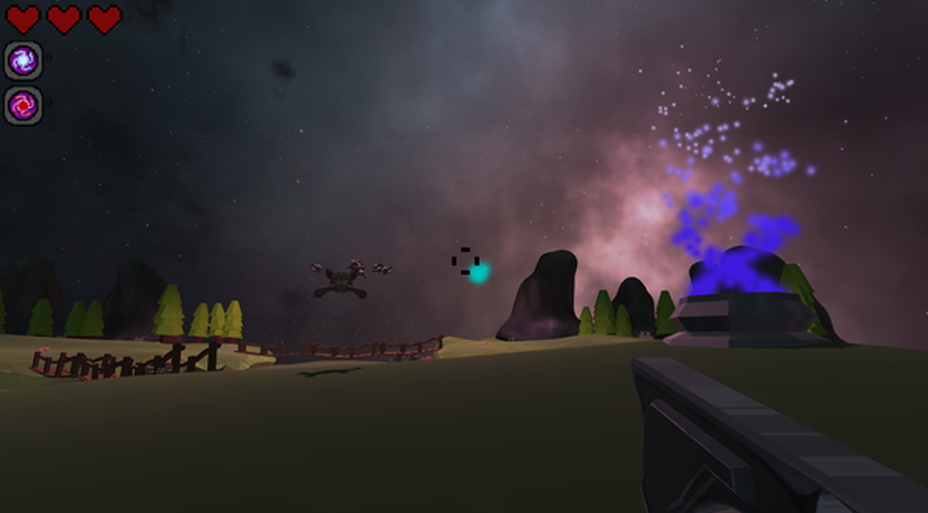 ​Project date: September 2019
Project Duration: 10 Weeks
Platform(s): PC
​
About: Portal Patcher is a 3D Action Shooter where the player must defeat enemies inorder to collect essences to patch active portals and obtain powerups. The player has an array of abilities they can use to aid them during the game.

My Role: Portal Patcher is my first solo 3D game. This projecet required me to do all the programming, sound, art and design. Due to the multiple abiltiies and mechanics within the game I ensured I made it very modular to make it easy to change and edit pieces of the game. This allowed me to revise the design choices I had made during the process of creating the game. 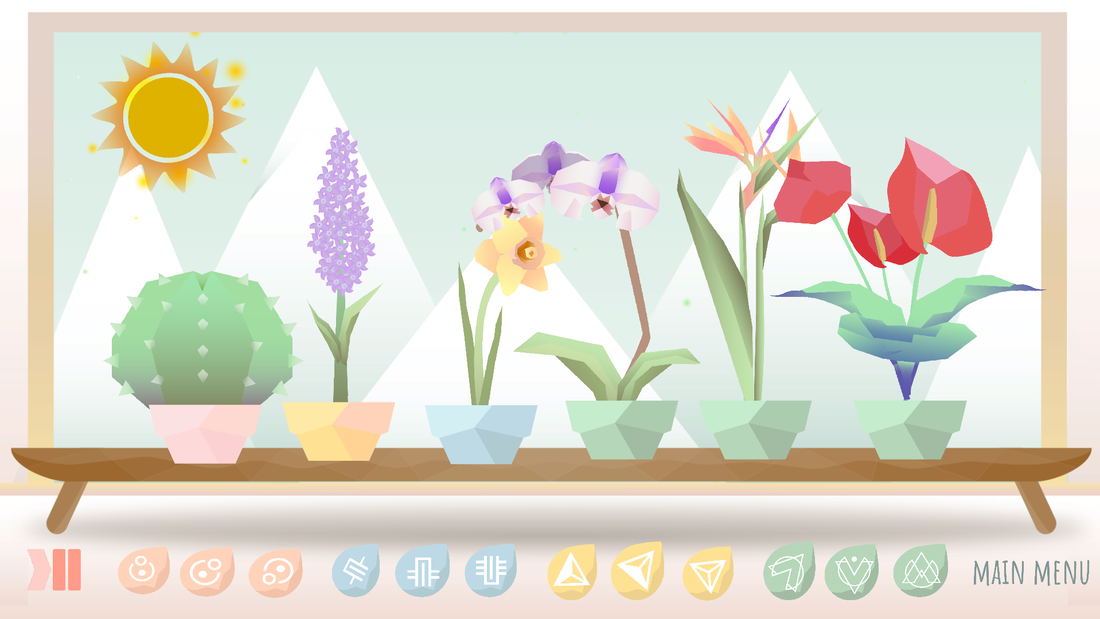 Project date: January 2019
Project Duration: 5 Days
Platform(s): PC
​
About: Photosynthesiser is a casual music game where you are able to place plants in any of the 6 plant pots. Each plant has a specific sound that it makes. The plants play in synchronicity allowing you to create beautiful melodies and tunes. Moving the sun around the sky will change the sound each plant plays.

My Role: I was the senior programmer and created the main mechanics for the game. This included systems to create new plants, place and remove plants from the scene, start and stop the plants playing their sounds and moving the sun around to change the sound of the plants. From scratch I programmed a tool that allowed my team and I to easily add new plants and customise them in anyway we wanted. I also created the animations for the plants for when they are playing their tunes. 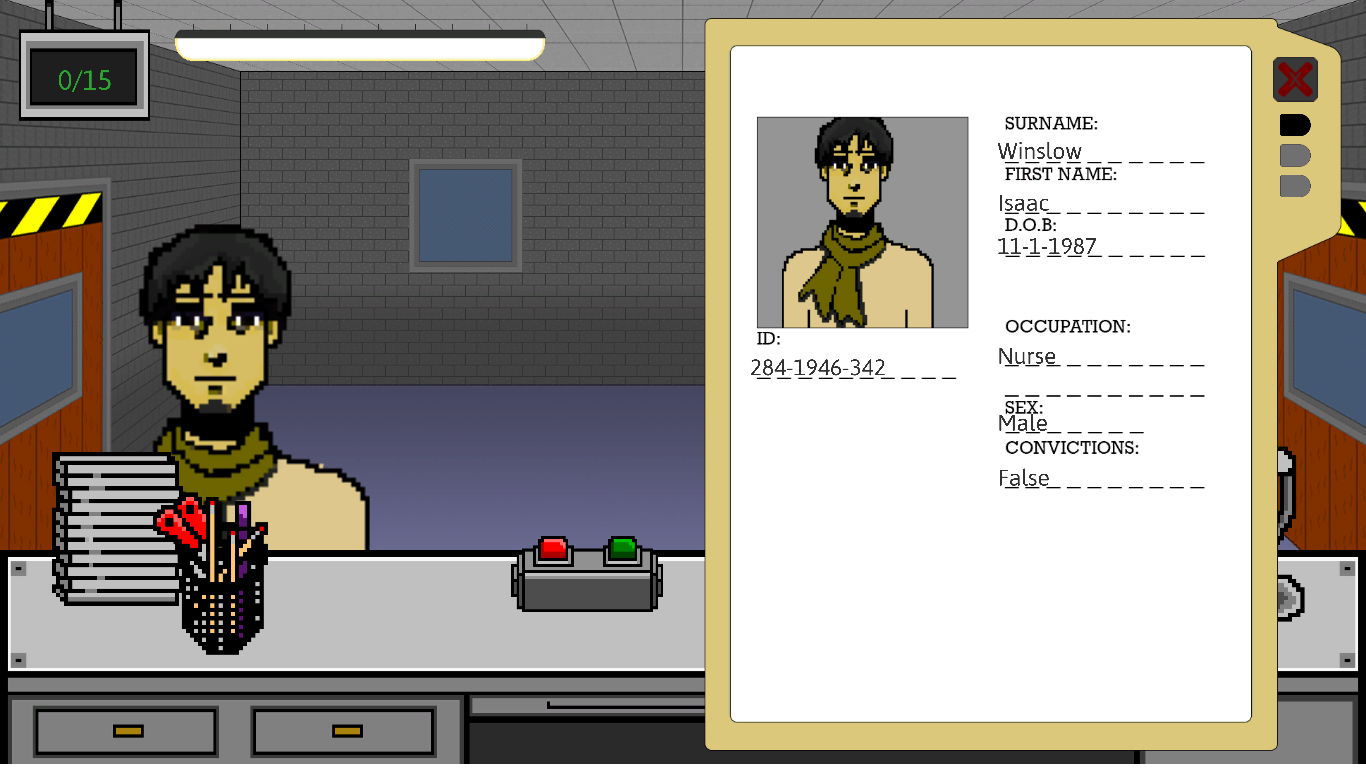 About: Final Boarding Call was a submission to the 2018 Virtus Winter Game Jam placing 9th overall. Final Boarding Call is a morality-heavy, post-apocalyptic game wherein you're required to make choices on who can and cannot come aboard the New Dawn, a ship designed to escape the evil clutches of Armageddon as the war between angels and demons wages on in the distance. The choices you make are vital to the success of the interplanetary excursion, as letting on demons in disguise (as evident by certain characteristics such as abnormal height, satanic tattoos [etc]) or 'negative assets' (those who are unemployed, convicted criminals, medically dependent [etc]) could prove fatal to your end goal.

My Role: At the start of the project I was the the Junior Programmer. Unfortunately the Senior Programmer had to drop out of the jam so I took over as the Senior Programmer. As the new Senior Programmer I was in charge of creating the game's mechanics and communicating with all the other team members to ensure the success of the project. This included creating the main mechanic that allowed the game to randomly generate profiles based around a set of parameters that gave the player difficult decisions to make. I was also in charge of creating a system that allowed the player to accept or decline the person and by doing so gives a random text response from the person depending on your decision, whist ensuring the team's decisions were implemented into the game and everything came together smoothly.
Time Tourist 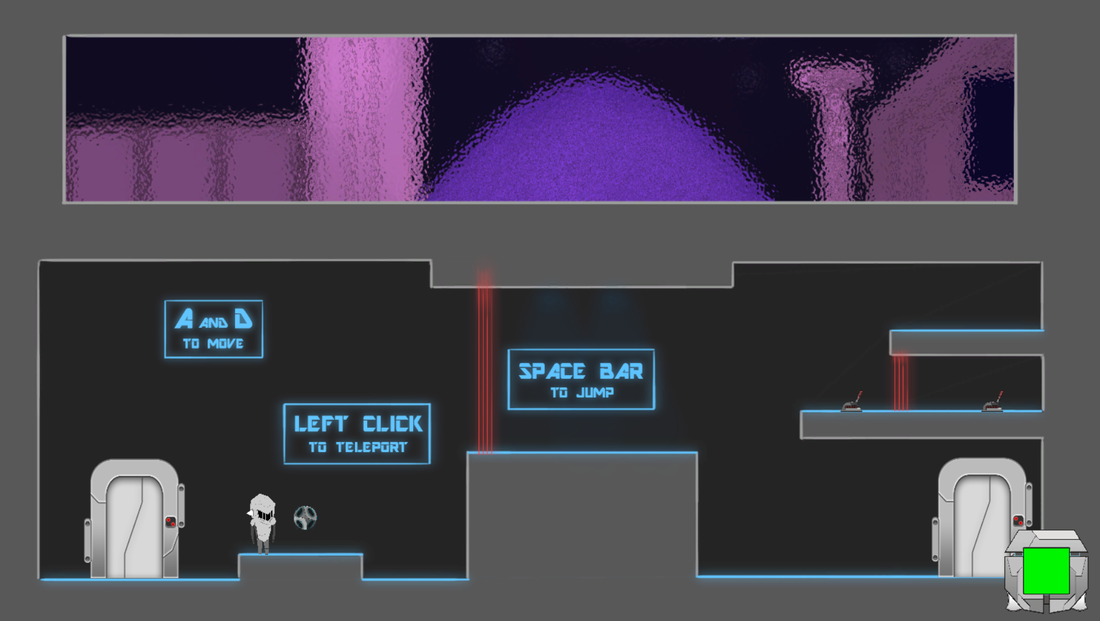 About: Time Tourist is a 2D platformer where you steal an ancient relic that has the ability to teleport you where ever you throw it. Using this power of teleportation you infiltrate a laboratory that is experimenting with time travel.

My Role: As the senior programmer I programmed the main mechanics of the game. Charging your throw to increase the distance of the throw with the teleportation relic. I also created the mechanic to teleport the player when the projectile is thrown onto a specific ground. I was also in charge of making the scene transition code and effect.
ShapeShifter 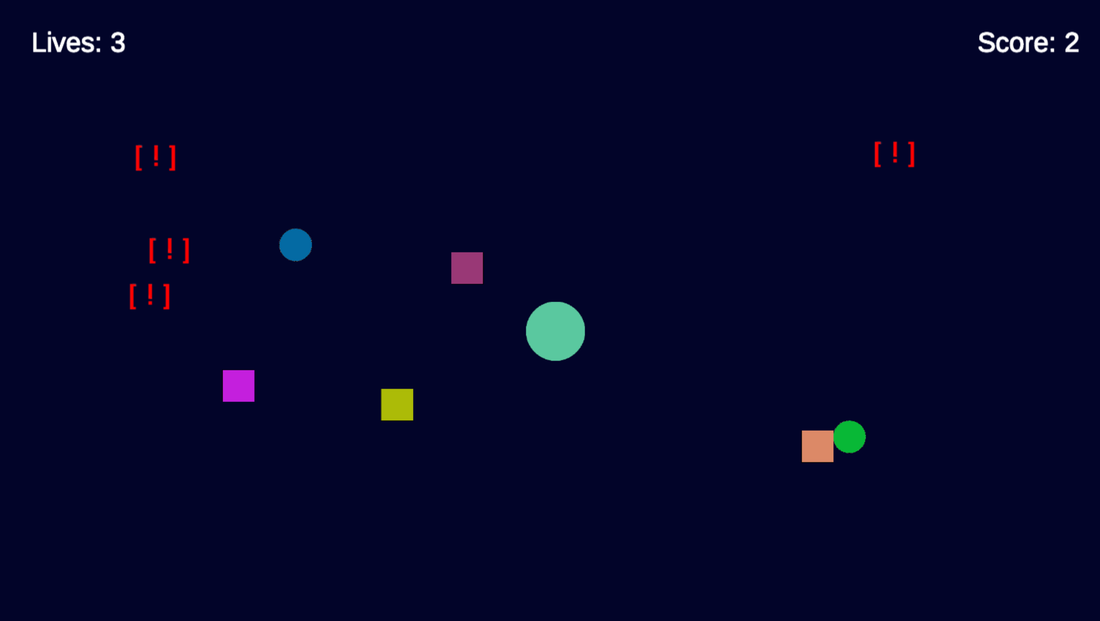 About: ShapeShifter is a 2D action puzzle game where the player must shape-shift into either a square or circle to destroy the enemies of the same shape. Enemies spawn randomly and will chase the player across the map.

My Role: Being a solo project I developed everything from scratch. The mechanics I programmed for this were the ability for the player to change their shape to destroy or be destroyed by the enemy shapes. I also created a system that showed where an enemy was about to spawn so the player could plan their movement.